Red mercury is now one of the trending and interesting topic now I will clear some things about red mercury in this article. This substance is just a substance and having uncertain composition which is mainly used for making of nuclear weapons. But scientifically it was not proved yet. As of some references towards this liquid was first appeared in soviet and western media sources in 1980s.Almost everyone knows that this liquid is used for boosted fission weapons. so they started buying and eventually turned into high cost.

After that Russian newspaper in 1993 published something interesting things about red mercury is that ”Red mercury or this liquid was a super conductive material used for producing high precision conventional and also nuclear bomb explosives. Among all those now the latest rumor about red mercury on internet is mostly found on old television, fm radio gadgets.

Now everyone had starting is red mercury worth it ?? but according to the news spreading on the internet is mono chrome television will contain this liquid in a small glass bottle and also convey that gram of color substance is worth more than rs.10000 and lot of rumors and conversation are spreading regarding this color liquid. substance some people even suggest that this liquid can be used to cure covid-19 but there is no appropriate documentation or proofs which valid for curing covid-19.as of now due to heavy rumors about color liquid was increasing with out any scientific proofs and results.

Every one now spending lots of lakhs amount with out proper knowledge about it. Before spending lots of money think about facts of that liquid. Better if you get a valid proofs and analysis regarding this liquid you can invest on it. So wait for scientific proofs and valid analysis before you take a step. 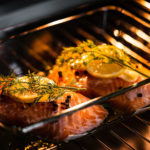 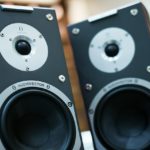 Free Range Chicken – How to Start a Business Chicken Farm

This website uses cookies to improve your experience. We'll assume you're ok with this, but you can opt-out if you wish. Accept Read More